Meetup is an event that unites people with similar interests and allows them to socialize, discuss various topics and reach the following goals: to Do, to Learn, to Share, and to Change!

A Belarusian meetup community is still pretty young. The first event to have been successfully held in the end of June 2010 was the Minsk Android meetup. It attracted about 200 Android developers, active Android users, representatives of Android –based mobile operators and mass media. The event basically set ground for further rapid growth of the country’s meetup community.

The Minsk Ruby-Python meetup was planned at the international conference “Business internet” (www.di.by) in October 2010. This 4-days conference attracted over 2000 people and helped Python and Ruby communities meet for the first time for knowledge sharing. Since the meeting raised too many issues to discuss, it was decided to meet up again later to continue the dialogue between communities.

The Ruby-Python meetup was organized by a team of volunteers from the Meetup By community. It was held on December 5, 2010 in the Belarusian State Radiotechnical University. Over 70 developers came over to discuss which technology is better for various tasks implementation – Ruby or Python. Within the event 7 speakers shared their knowledge and experience by hosting the following presentations:

In spite of the competitive atmosphere, the event went friendly thanks to coffee-breaks and informal discussions.

Ciklum is known as an active supporter of the Belarusian IT Community. This time Ciklum Minsk acted as the event’s major partner. The company sponsored and organized coffee-breaks and brought in one of the keynote speakers – Andrey Svetlov, a famous member of the Ukrainian Python community – to share his experience and knowledge with his Belarusian colleagues. One of Ciklum’s goals is to help Belarusian and Ukrainian developers get to better know each other and enhance productive communication between them.

“Although Ciklum’s Minsk office is young, we’re already using a lot of advantages of being an international company and plan to invite more technology experts from Kiev and other locations to contribute to IT life in Belarus,” says Yanina Poteeva from Ciklum’s Minsk HR department. 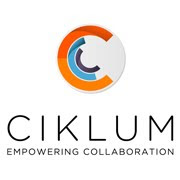